Hit enter to search or ESC to close
Quickies

Shower Me with Stuff 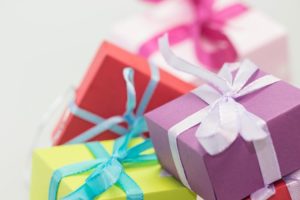 Baby showers are misnamed. It’s not really about the baby. It’s about you. A more appropriate title would be, “We had unprotected sex, and we now need as much free kid stuff as you’re willing to buy – bless you.”

The “W’s” of the baby shower are when, who, and where. Of the three, the timing and location really don’t matter. It’s the who that determines the success of a baby shower. And baby shower success is measured in one and only one way – total dollar value. It’s all about maximizing the positive cash flow.

Parents muck up a win-win proposition by overthinking. Should you invite the cousins? What about the high school buddies you haven’t seen for years? How about the friends on house arrest? Yes, yes, and send them a link to the registry.

The quality of the friendship, the role the person has played in your life, and the likability of the relative do not matter. Unless they’re on government assistance, they’re invited. It’s math 101. More guests = more stuff.

A baby shower isn’t a wedding. It’s not like you’re going to run up the costs by inviting people you really don’t like. A wedding demands balancing your feelings about someone and the cost of inviting them. Wedding guests expect something in return for their gift – a meal, a decent DJ, and an epic drunken, obnoxious speech by Uncle Dick.

Baby shower guests realize that’s it’s a one-way street. As a guest, you will give a gift in the $35-75 range. In return, you get to play some lame baby games. If you’re lucky, you’ll be served Doritos with ranch dip and punch with stork-shaped ice cubes. The baby shower will be two hours of your life you’ll never get back. Until you have a kid. 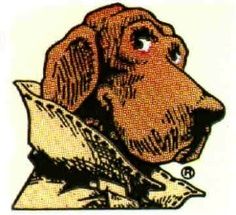 Take A Bite Out of Parenting